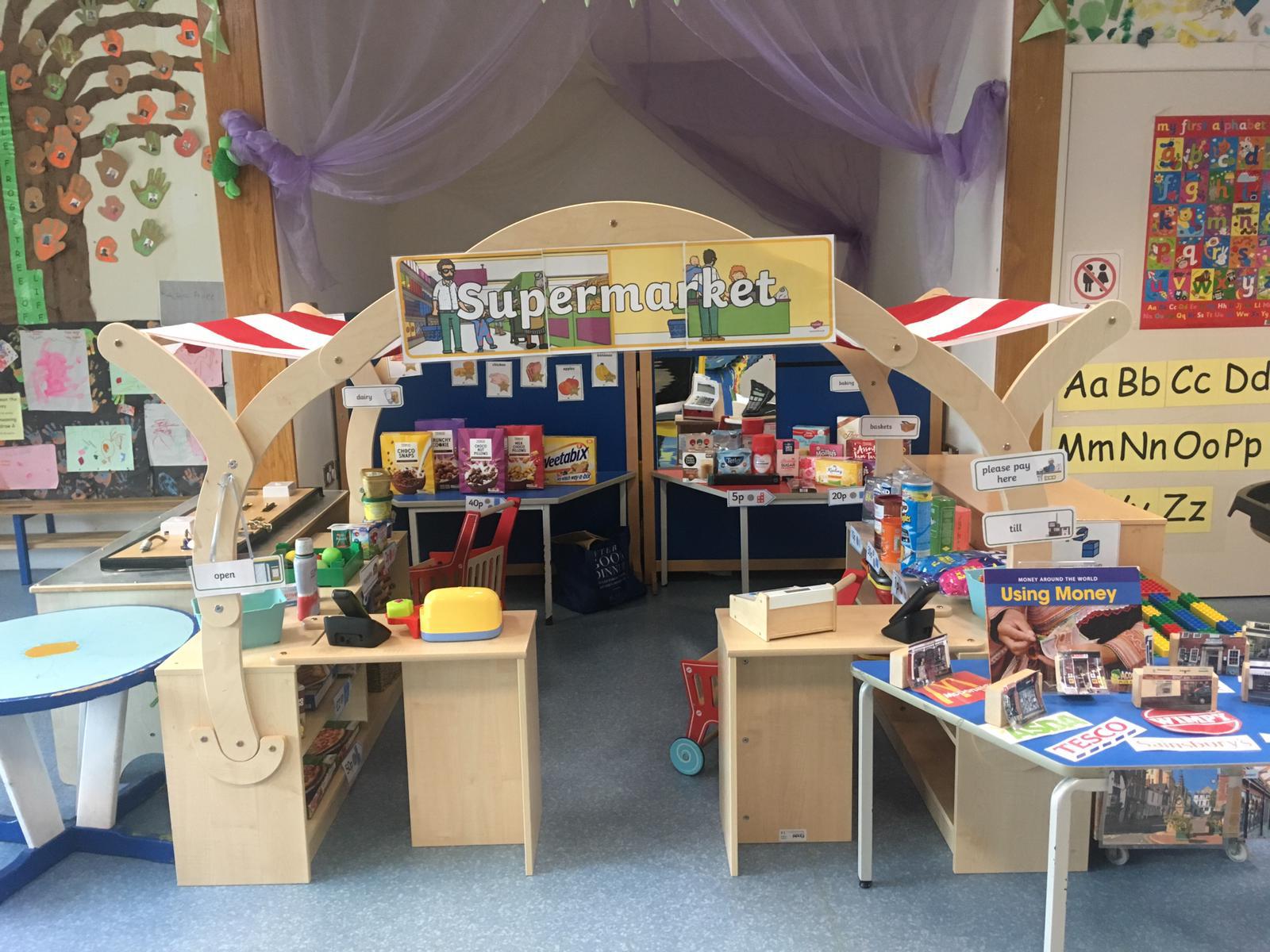 The Trustees awarded a grant to Little Frogs Pre School.

‘We have purchased resources for the pre school. I attach pictures of the role play area extension which is a versatile frame used for many purposes. In the past term we have had a shop and hospital. The children learn through role play and love to enter the adults world through pretend. We have also purchased smaller items such as the General hospital with helicopter, ambulances and small world figures. We have also purchased magnetic shapes, puzzles, Mr Potato heads and mathematics resources’.