Both of these Charities have their roots going back hundreds of years.

In early Tudor times, throughout the country, the poor and destitute were helped by religious groups, but with the dissolution of monasteries and priories, help was no longer available from these sources. For many people there was a gradual descent into poverty and misery. Poor laws passed during the reign of Queen Elizabeth I meant that in most parishes landowners, farmers, the parson, churchwardens, overseers and the parish constables were responsible for the relief of poor persons.

The Great Torrington Town & Lands Charity hold an annual voucher distribution day. This is one of the most important dates in the Charity’s calendar.

The Trustees and staff attend the annual voucher distribution day in order to distribute vouchers to the Towns residents who qualify, such as senior citizens, long term sick and other categories. Only one claim per household is allowed. 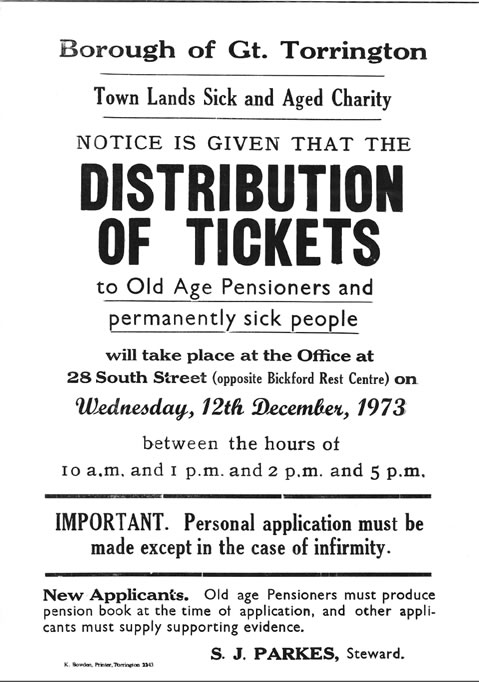 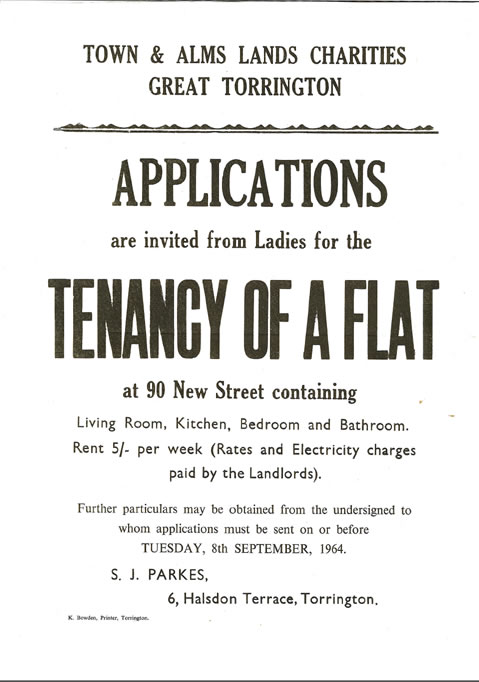